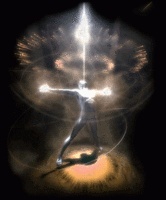 In a statement issued to the Arabic satellite channel Al Jazeera, based in Qatar, bin Laden said, "The U.S. government has consistently blamed me for being behind every occasion its enemies attack it.

"I would like to assure the world that I did not plan the recent attacks, which seems to have been planned by people for personal reasons," bin Laden's statement said.

"I have been living in the Islamic emirate of Afghanistan and following its leaders' rules. The current leader does not allow me to exercise such operations," bin Laden said.


Asked Sunday if he believed bin Laden's denial, President Bush said, "No question he is the prime suspect. No question about that."

Since Tuesday's terrorist attacks against the United States, Bush has repeatedly threatened to strike out against terrorism and any nation that supports or harbors its disciples.

Bin Laden, a wealthy Saudi-born exile, has lived in Afghanistan for several years. U.S. officials blame him for earlier strikes on U.S. targets, including last year's attack on the USS Cole in Yemen and the bombings of the U.S. embassies in Tanzania and Kenya in 1998.

Bin Laden's campaign stems from the 1990 decision by Saudi Arabia to allow U.S. troops into the kingdom after the Iraqi invasion of Kuwait -- a military presence that has become permanent.

In a 1997 CNN interview, bin Laden called the U.S. military presence an "occupation of the land of the holy places."

Immediately after the attacks that demolished the World Trade Center's landmark twin towers and seriously damaged the Pentagon, officials of Afghanistan's ruling Taliban said they doubted bin Laden could have been involved in carrying out the actions.

The Taliban -- the fundamentalist Islamic militia that seized power in Afghanistan in 1996 -- denied his ties to terrorism and said they have taken away all his means of communication with the outside world.

The repressive Taliban regime has received almost universal condemnation, particularly for their harsh treatment of women. Only three countries, including Pakistan, recognize them as the country's rightful government.

The Taliban, which controls more than 90 percent of the country, has threatened any neighboring country that allows its soil to be used to help the United States stage an attack on Afghanistan.